This is my old champion ferriers forge, it was at an auction last year, it was a benefit auction, and I helped a freind of mine get some carpentry he made up to the auction, and saw it sitting there! I had campers that Saturday so I couldn’t go, I asked another freind who loves auctions to get it for me…I will go to 250 I said, he got it for 100! Can’t buy the blower for that!

Some work on the home made “grate” at the bottom and the air flow is much better!

Oh and you will see my forge supervisory crew also, oliver alice and Sofie, 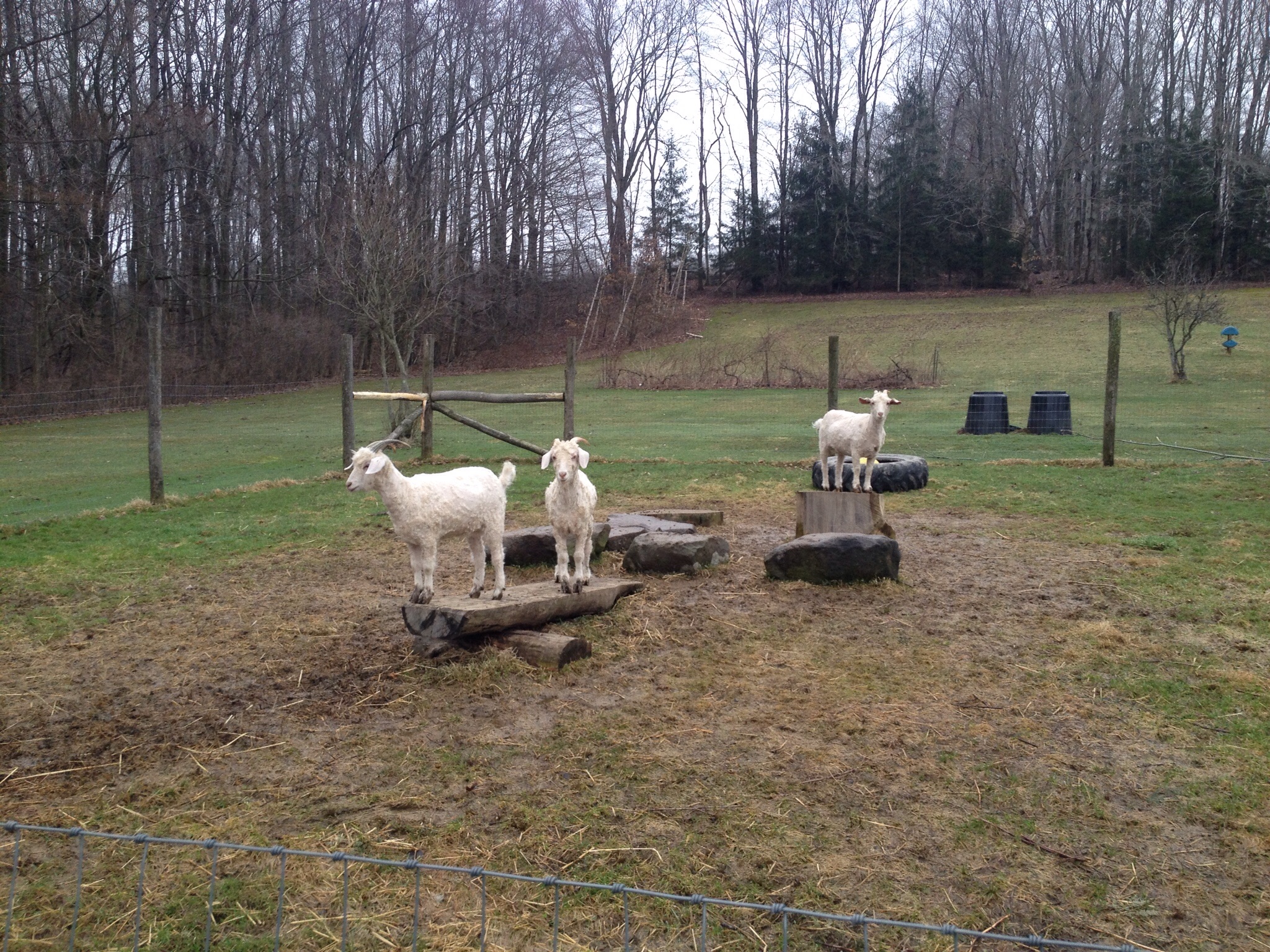 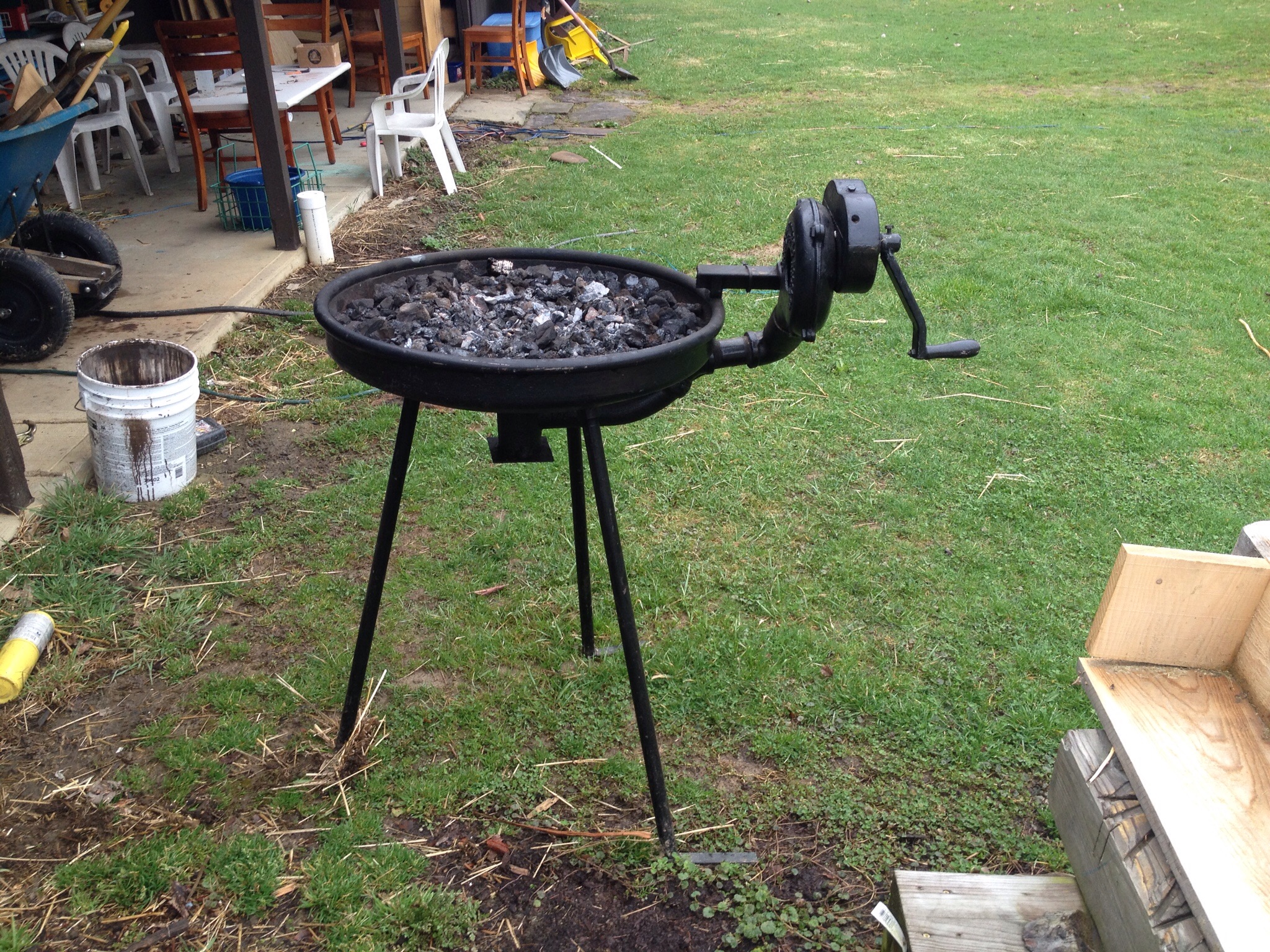 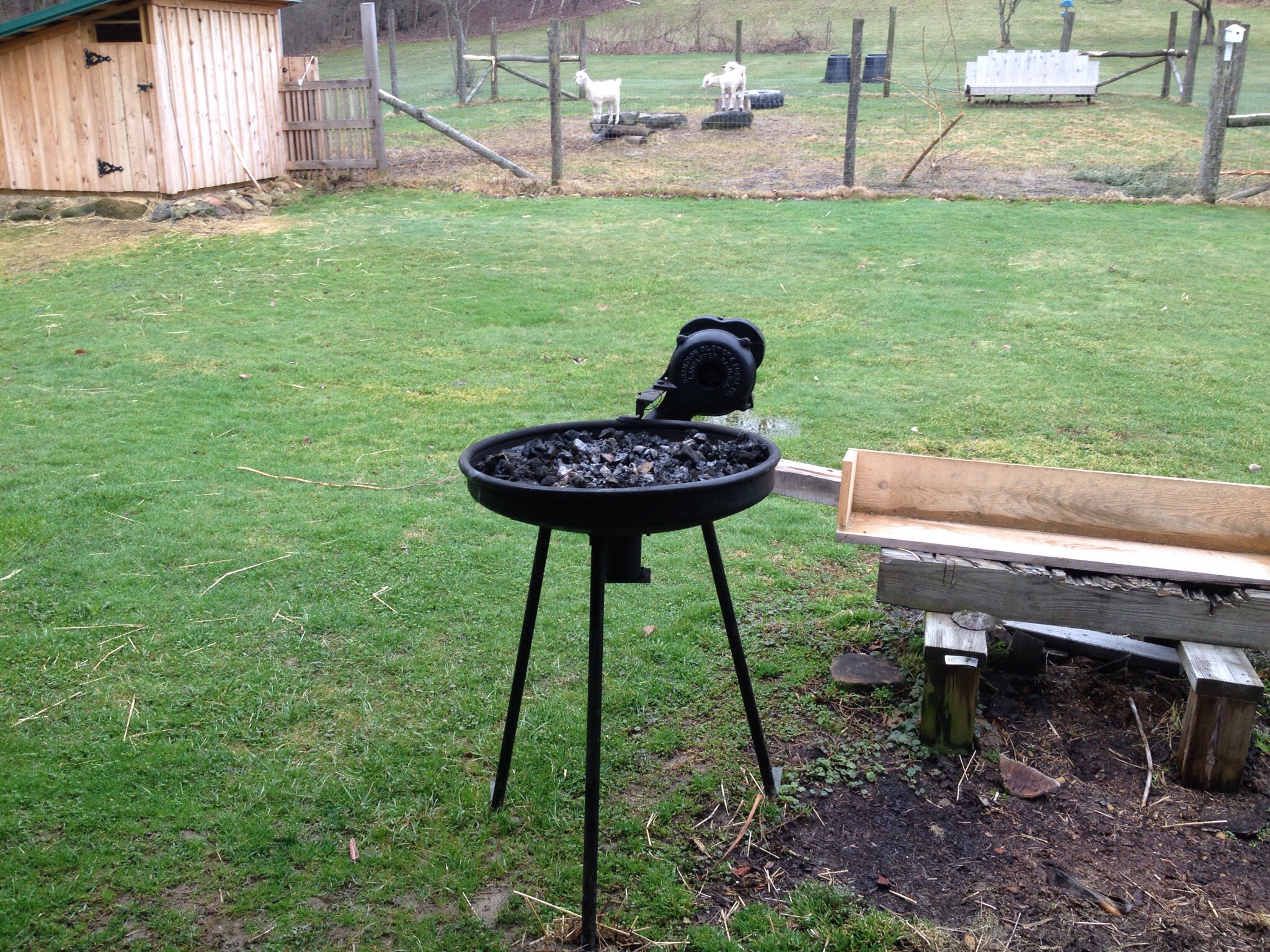 Nice find! Dang, Chadwick… I’m starting to get jealous of all these great deals you got going around! A few $2.50 buckets of coal there?

Looks like the forge assistants are also doin’ their part and keeping a stern eye out.

Real nice coal forge - Is the whole thing champion or just the blower?

The blower has markings, and I am in PA not far from its manufacture, so probably but not 100% sure on the forge half of the equation.

Now if I can find a post vice for $20 with nice threads!!! Boy those are pricey!

I have an old shop vice that the rotating base broke on, I figure I can beat on that till it breaks and save up for something.

I’ll snap a shot this weekend and post it under vises.

I think twenty is just greedy! I was just kidding, there is one a way away from me but drivable for $180… But I don’t know…

Would you advise beating up an old standard bench shop vise first or just get a goo leg vise and save the hassle?

Ok, so I quickly realized why smiths have smith forges and ferriers have theirs, but I need a moveable thing to get out of the porch and put away, so I found a clay area and dug up a good bit of clay, mixed it in water to get it homogeneous and let it dry to a consistency that could be molded to fill the forge, creating a “firebox” and “table” area where all I had before was a big open dish. Any thoughts on if this will work or not?

I figure if it doesn’t the clay will come out easily! 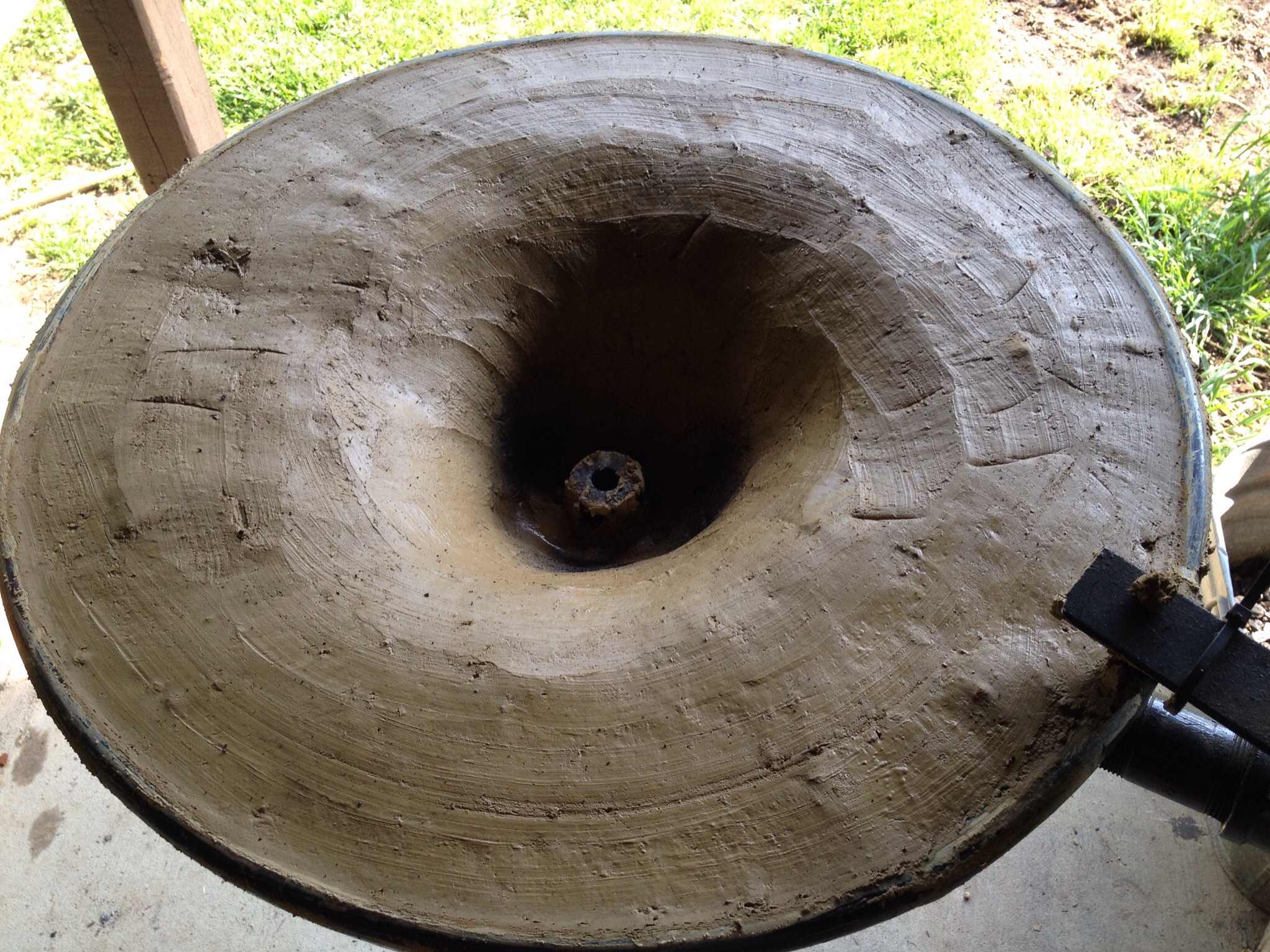 The clay looks good! I’m a bit confused as to it’s purpose. What was different about this forge? Farrier forges should work fine, the original shot you had showed coal already in it… Looked ready to go!

Hard to see the firepot area, assuming that is a sort of air nozzle on the top there?

Yeah, the previous owner put an outy on the air outlet! It’s like a raised grate.

So the issue I had was really an operator issue I think, having only lit a coal fire three times, I was getting coal in the fire from the side and the fire was getting all mixed up. I would get it shoved off center then the air was not “in” the fire. And I couldn’t get any thickness of fire going, meaning I ended up with about two inches of fire under the work, due to the fire squishing out flat.

There may be a day where my fire tending skills will improve, but for now I feel like having a 5" deep hole that contains the fire in a given area will help me a lot, plus my stock can set on the clay like a table horizontal to the fire not nosing down into it.

The forge as it was, was just a big 3ft dish 5" deep, no refractory or “pot” of any type, like a huge upside down trash can lid! The first shots had about two and a half 5 gal buckets of coal in it to give an idea of the volume this thing has…

I lit a handful of cherry hand plane shavings in it and got a three foot flame going with the blower where before it was 18" or so, hopefully that means my air is more consentrated into the firepot area now. A few small fires to dry it out and I’ll update you!

So small fires just made the water in the clay explode, so a couple of weeks drying and fired it up today…so much better! The air is feeding a contained fire and less air makes a bigger temp. The dished out area keeps the depth of fire nice and deep, and the flat area allows my work pieces to stay horizontal to the fire. I made one half of a bolt tong and a spring fuller, the bolt tong half looks good but I whacked the fuller to see how I liked the way it was when it was at full hardness and it cracked…duh!

Now I feel like I am ready to run!

Great deal ! and small forge overall it would great !